It has been stated that the idea was no longer a new one at the time of design and construction of Robin Hood Gardens, and that it was not effective in its purpose. But from the start the estate was isolated by its geography.

The design of Robin Hood Gardens is an interpretation of the familiar London street, albeit as a vertical model to allow an efficient use of land, thereby addressing the need for high density developments, but simultaneously sensitively maintaining a community environment by factoring in large communal garden squares.

The park was dominated by a grass hill, built from the rubble of the tenements and intended to discourage ball games. Some of this, as Crinson shows, was rather forced: the Smithsons imagined residents congregating around the rubbish chutes as if around a village water pump.

This would have meant that the building could not be considered again for listing for another five years and would have effectively been a green light for demolition. It was within sight of the nearby Balfron Towerboth highly visible examples of Brutalist architecture. 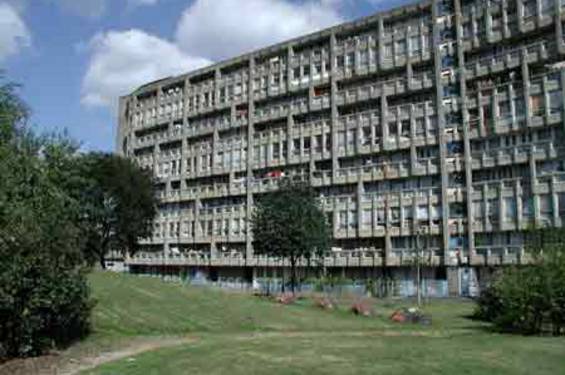 Just as the Economist or Hunstanton stands alone in its particular field, thus does RHG when it comes to post-war housing. They wanted to find local rather than universal solutions to urban problems.

The Smithsons intended Robin Hood Gardens to be a bold reimagining of the modernist tower block. Another design feature was the wide balconies the "streets" on every third floor, the concept being that public space that would encourage interaction.

Personally, Robin Hood Gardens is one of my favourite projects, and as a Tutor at the Architectural Association School of Architecture, I would take my students to study the actual, physical building, to experience the space and light of the development, and to use this building to reflect on their own architecture.